Yet another feather in the Cap of AVM Juhu’s Games Captain – Ms. Sai Sankhe 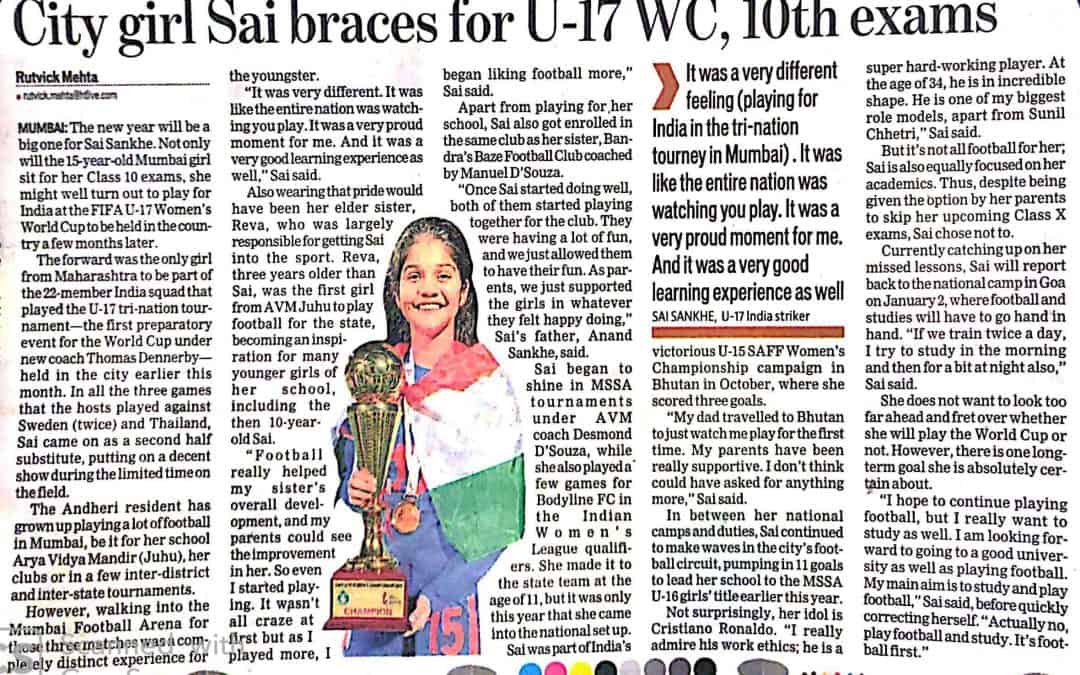 Ms. Sai Sankhe, our school Games Captain,  has featured in the Times of India newspaper on 31st December, 2019 as the Under 17 Striker for Indian Football team. She is the only player from Maharashtra who is a part of  the 22 member India squad that played the first preparatory match for FIFA Under 17 Women’s World Cup 2020.
Sai has created a name for herself time and again, recently showing her talent in the Tri nation Under 15 SAFF Women’s Championship campaign in Bhutan where she scored three goals. Sai has been dedicated to playing football and has made her mark at various tournaments like DSO, MSSA and well as in the matches she played for various football clubs.